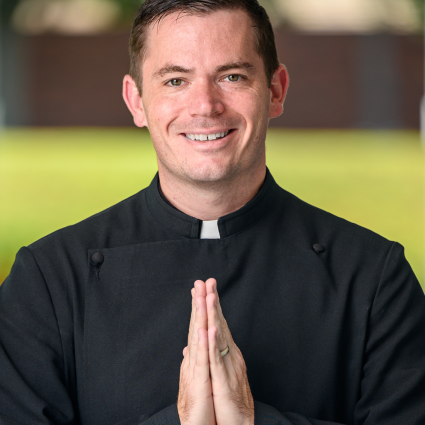 Fr. Oldfield was born and raised in Dothan, Alabama where he met his wife, Morgan Clarissa in their last year of high school. Both graduated from The University of Alabama (Morgan twice!), were married, and then headed north to Philadelphia, Pennsylvania where Fr. Brian earned his M.A. from Westminster Theological Seminary in 2016. His first call was to Holy Trinity Church (APA) where he served three years as Curate and Assisting Priest before accepting the call as Rector (Senior Pastor) of Saint Paul’s Church, Melbourne, FL in 2019. Fr. Oldfield cares deeply about evangelism, discipling families, and classical Christian education. He and Morgan have three sons: William Davis (6), Thomas Alexander (3), and Henry Theodore (1). 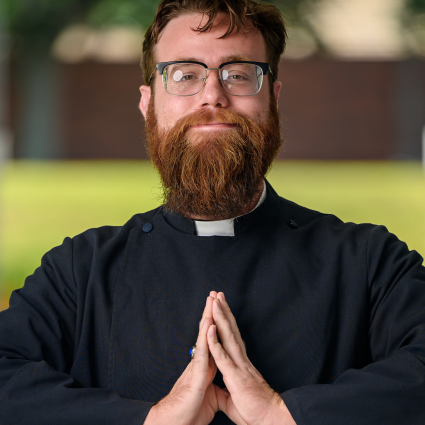 Fr. Davison was born and raised in the greater Philadelphia area. He graduated from The King’s College, NYC in 2013. Following graduation, he taught elementary school at Archway Veritas, A Great Hearts Academy in Phoenix, Arizona. Through three years of teaching and caring for students, Fr. Davison discerned his calling to the service of the Church in ordained ministry. In 2020, he completed his M. Div. coursework at St. Vladimir’s Orthodox Theological Seminary. Saint Paul’s Church called him to help establish Saint Paul’s Classical School in July of 2020. Fr. Davison teaches 3/4th grade at the school alongside his parochial duties. 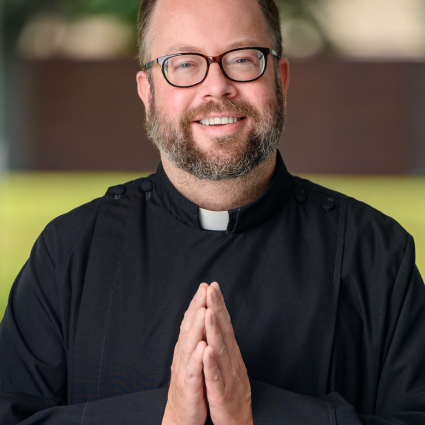 Fr. Squires is a native of the West Coast, having been born and raised in the Portland, Oregon area. He was a member of Mt. Angel Abbey, a Benedictine monastery in Oregon, for a while and also graduated from college while there. He completed his post-Baccalaureate certification in teaching English as a second language at Multnomah University, a private Christian school in Portland, in December of 2021 before moving to Melbourne to teach at Saint Paul’s. In his spare time he enjoys cooking and struggling with James Joyce’s seminal literary work ‘Finnegan’s Wake’. 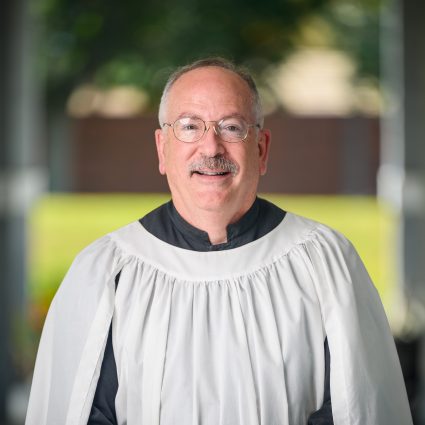 Charlie is a Florida native who has played organ and directed choirs for over 40 years, overlapping with his service in the Air Force working on a variety of satellite & launch programs.  Over the years, he has played for Anglican parishes in Charleston, SC, Merritt Island, FL; San Pedro, CA; Dayton, OH, Centreville, VA; Colorado Springs, CO; and Alexandria, VA before coming to St Paul’s in 2013. Since returning to Brevard, Charlie continues to divide his time between the launch business at Cape Canaveral, and his love for traditional Anglican music here at St Paul’s.  In his spare time, he is also a member of the musical production staff at the Historic Cocoa Village Playhouse. Charlie and his wife Kathleen, a native of Merritt Island, have a son in Austin, TX, and a daughter in New York City. 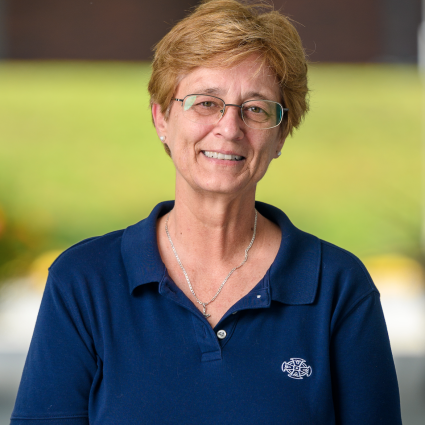 Dss. Clare was born in Germany into a career Army family.  She graduated from high school in Columbia, South Carolina and joined the U.S. Air Force in 1986, serving for 29 years as an intelligence analyst in many parts of the world.  A veteran of Desert Shield/Desert Storm and Operations Iraqi and Enduring Freedom, she retired in 2015 as a Chief Master Sergeant.  During her last three years in the Air Force, she responded to the Lord’s call, being the first to complete the inaugural Deaconess track of study at Logos House of Theological Studies in May 2015. Dss. Clare is passionate about the building up of the kingdom of Christ and especially in the spiritual development of women and children. She is the lead Catechist in Catechesis of the Good Shepherd. She also leads the Altar Guild and directs the the Food Pantry Ministry. 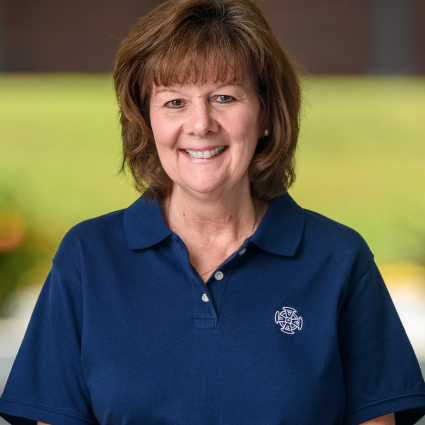 Originally from Walpole, Massachusetts, Debbie moved to Florida shortly marrying Kevin in 1986. The Bunkers have three grown sons; two of which are still in Florida and the other in Michigan. Debbie has been Parish Coordinator and Bookkeeper at Saint Paul’s Church since 2004. She enjoys her position helping to run all the parish operations, as well as working closely with the parish family and local community.
Tweet
Share
Pin
Share
0 Shares