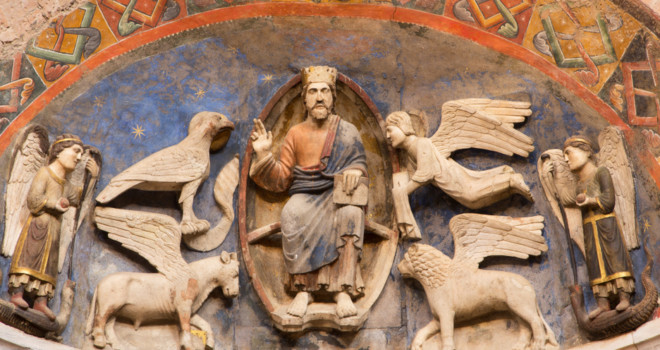 The cultural’s rejection of Christian morality is downstream of a rejection of Truth. If Jesus Christ did not really rise from the dead, then who do these Christians think they are by saying I should live in a certain way? Whether we like it or not, morality is tethered to Truth. When Christians cease to say true things, we cannot be surprised when those around us stop living according to the Truth (even if they never believed in the religious dogmas). The results shouldn’t surprise us: depression and suicide have markedly increased over the last decade. People are less social than they once were, even though we’re more connected than ever through technology. Political polarization has reached a fever pitch as the nation attempts to replace an old set of values with something new. While this article is too short to make the necessary connections to demonstrate my case, let’s cut to the chase. The disintegration of culture has a religious root, or, better yet, a propagation problem where Christianity has not been passed on effectively to new generations.

In the mid 20th century, when the Church and culture still walked hand in hand, the culture was still a “Christian” culture. There was social capital in attending church. Public schools taught the moral values of Christianity (sans the doctrine) with the goal of making “good” citizens. Students still had a working knowledge of the Bible. People lived under the yoke of Christ, but did not necessarily believe in that Christ. When people lived under the rule of Christ without belief they might have lived with relative stability. Even though they rejected the Christ of the Holy Scriptures, they did not rail against their own human natures and so flourished in some regard. By rejecting dogma and the moral order, people find themselves deeply dissatisfied because they are not living in accord with reality. St. Augustine in the City of God said, “Thus, a good man, though a slave, is free; but a wicked man, though a king, is a slave. For he serves, not one man alone, but what is worse, as many masters as he has vices.” By throwing off the yoke of Christ people find themselves enslaved to all sorts of vices: substance abuse, violence, deviant sexual acts, etc. all in service of self-actualization and “happiness” and driving themselves mad because these things could never satisfy the soul.

The Church in the United States was satisfied at one time with passing on Christian morality without the Truth. This is a stop-gap measure that could never hold back a cultural flood. If morality is downstream from Truth, then it was only a matter of time before every man did that which was right in his own eyes (Judges 21:25). Just as Israel failed to train their children in knowledge of the works of the Lord, so too do we find ourselves in a crisis. Morality is not enough. We must recover an urgency of evangelism so that Truth can be propagated. Too long we have had it easy where most people went to church and there was no urgency to tell others about Jesus. That world no longer exists (if it ever truly did). The Body of Christ must reorient itself to the original mission, Go ye therefore, and teach all nations, baptizing them in the name of the Father, and of the Son, and of the Holy Ghost: Teaching them to observe all things whatsoever I have commanded you: (Matt. 28:19-20). This commission, of course, includes Christian living, but centrally the commandment is to preach Christ. People must embrace Christ if they are to embrace His rule for life.

How can we do this?

To my great relief, the burden to convert sinners does not rest on me, but upon the power of God, however, the power of God works through the ministry of the Church. The easiest way for the Christian to begin evangelizing is to follow the example of St. Andrew who went to his brother St. Peter: One of the two which heard John speak, and followed him, was Andrew, Simon Peter’s brother. He first findeth his own brother Simon, and saith unto him, We have found the Messias, which is, being interpreted, the Christ. And he brought him to Jesus (John 1:40-42a).

Andrew brings Peter to Jesus. Jesus converts Peter. This is a pretty simple formula. We all know people who are dissatisfied and ready to hear the Gospel. Their beliefs about the world don’t line up with reality and thereby they don’t live in accord with reality either. People are lost and need to be found. Saying to someone, “I found the One, come and see” is simple, and it sets up the grace of God to work when they meet Jesus Christ in His Church. They will see what true religion is about, and be invited to come into the place that will give their souls the satisfaction they desire. We can be confident that Christ will do the heavy lifting of conversion, but let us eagerly play our role to bring our families, friends, and relations to Him.