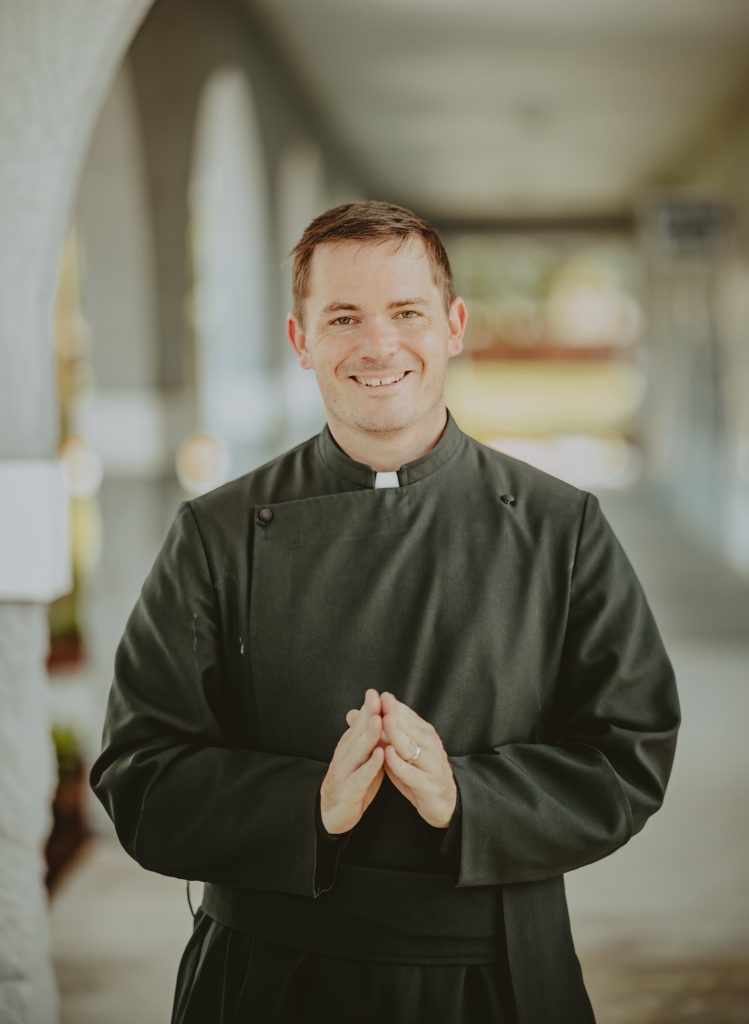 Fr. Oldfield was born and raised in Dothan, Alabama where he met his wife, Morgan Clarissa in their last year of high school. Both graduated from The University of Alabama (Morgan twice!), were married, and then headed north to Philadelphia, Pennsylvania where Fr. Brian earned his M.A. from Westminster Theological Seminary in 2016. His first call was to Holy Trinity Church (APA) where he served three years as Curate and Assisting Priest.

Fr. Oldfield helped to launch Lindisfarne Hall, a classical Christian parochial school, and served as a teacher and School Administrator. Fr. Oldfield cares deeply about evangelism and propagating the Gospel of Jesus Christ to an unbelieving world as well as classical Christian education. He and Morgan have three sons: William Davis (6), Thomas Alexander (3), and now Henry Theodore.